Why Is It Important to Have Fire Doors?

We have recently seen a lot of coverage in the news about some building fires that may have been made worse by fire doors that were not closed properly. In this blog, we hope to provide some information to help you understand what the issues could be and why is it important to have fire doors.

Fire doors play a crucial role in limiting damage and saving lives when a fire breaks out in a building. Fire Door Assemblies (the door, frame, and all of its hardware) are designed to enable an easy escape in the event of an emergency but are also “rated” on the ability to remain closed and hold back fire and smoke for a time specified by the rating – that could be 20 minutes, or maybe even as much as 180 minutes. That means that in a raging fire, the fire door assembly will hold the fire and smoke back from spreading through the door to other parts of the building for the rating time of the door.

In terms of fire safety, the New Year started off on a grim note: on January 9, after a fire broke out in a New York City high-rise apartment building, the fire doors failed to close to contain the fire, leading to the death of 17 people, including eight children. The unfortunate story made headlines and was noted as the deadliest fire in the city in more than three decades.

Fire commissioners said self-closing doors of the Bronx complex should have shuttered to stop the spread of lethal smoke, leading one professor at John Jay College, a leading institute on arson education, to speak up: “It’s pretty remarkable that the failure of one door could lead to how many deaths we had here, but that’s the reality of it,” fire science professor Glenn Corbett said. “One door played a critical role in allowing the fire to spread and the smoke and heat to spread vertically through the building.”

So this brings us to another question: what are ‘’automatic’’ fire doors, as compared to the fire doors we discussed above? And why are they so critical to an apartment, office complex, or hospital’s safety?

What are ‘’Automatic Fire Doors’’?

Automatic fire doors are doors that rely on devices to close them when activated by a detector. On some fire doors, an electromagnet holds the door open until it receives a signal from the fire alarm system to shut the door, while with others, once the spring mechanism reaches a certain temperature from flames, the doors slam shut. At rest, these doors are held open for free passage, but they do close when the automatic-closing device is engaged. The doors are built to withstand fire, slow its spread, and contain it for a certain time period, buying precious minutes for people to escape and fire officials to reach the scene. Both types of fire doors mentioned here should be inspected at least annually by a certified Fire Door Inspector or Fire Marshall to ensure they are up to code and working properly in the case of a fire.

Which Codes Must Fire Doors Adhere to?

There are a number of codes, as set out by the National Fire Protection Association, that these fire doors must comply with. Generally speaking, these codes dictate how the parts of the door — the door, frame, hardware, windows, smoke seal, and hinges — must all be installed and maintained. Given the number of specificities involved, hiring a professional to install and then inspect these doors is highly recommended.

Why are Fire Doors so Important?

In need of an automatic fire door, or unsure if your door is adequate? The Security Professionals can provide guidance on the installation, maintenance, and inspection processes so you can further ensure your building’s safety.

Dos and Don’ts to a Successful Fire Door Inspection

Your business may have been temporarily closed, but now, as with many others, it may be creaking open its doors…. 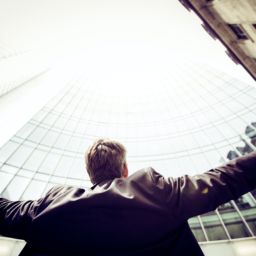 Benefits of Proactive Maintenance & Planning Ahead

From all of us at The Security Professionals, we hope this update finds you and your families healthy and well…. 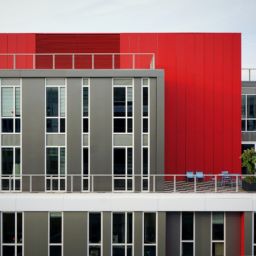 We’re in the era of Amazon deliveries, which means packages can come at any hour of the day — even…

Your business is your livelihood. That means if your building or office is at risk, so is almost every other… 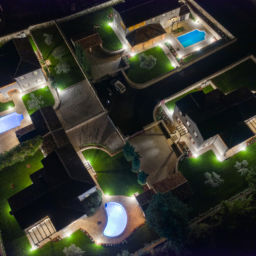 When we think of landscaping, we might think of manicured lawns, flower beds, and perhaps even a birdbath placed out…

Are Magnetic or Electric Locks Better for Commercial Properties?

When it comes to maintaining a commercial property, there are many different kinds of locks to consider. You could go…

Is it Time to Level Up Your Smart Lock?

Locks come in all different shapes and sizes. On smaller properties or quaint B&Bs, physical keys can get the job…